Structures and Functions of DNA G-quadruplexes

The biologically relevant DNA G-quadruplexes, in particular those formed in human oncogene promoters and telomere, are emerging as promising new molecular targets for cancer therapeutics. We seek to discover and develop small molecular anticancer drugs that target the DNA G-quadruplexes using high-throughput screening in combination with biochemical, biophysical and cellular methods, as well as structure-based rational design. We work to delineate the molecular level details of small molecule interactions with biologically relevant G-quadruplexes, to understand the mechanisms of action of small molecules, and to conduct structure-based rational design of G4-targeted drugs. 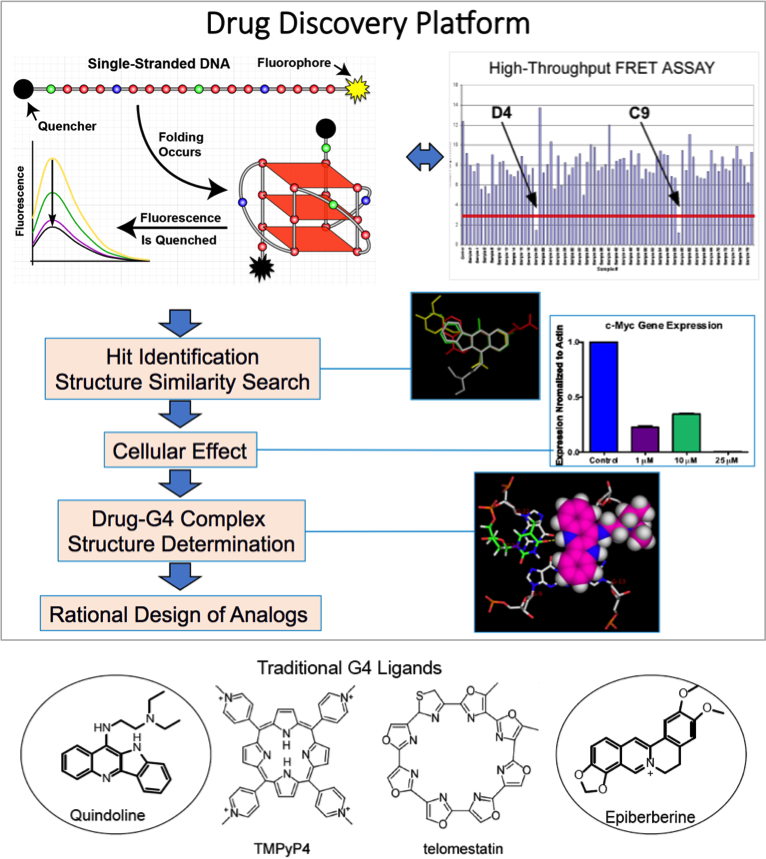 The identification of globular G4 DNA structures in genomic regions regulating gene expression has created the opportunity to selectively target G4s as a new class of drug receptor. The transcription factor MYC is one of the most important oncogenes deregulated in the majority of cancers, however, the MYC protein is not an easy drug target. We aim to target the MYC oncogene through the MYC promoter G4. We work to study the structural basis of small molecule recognition of MYC G4 and carry out structure-based rational design of MycG4-targeting small molecule drugs. 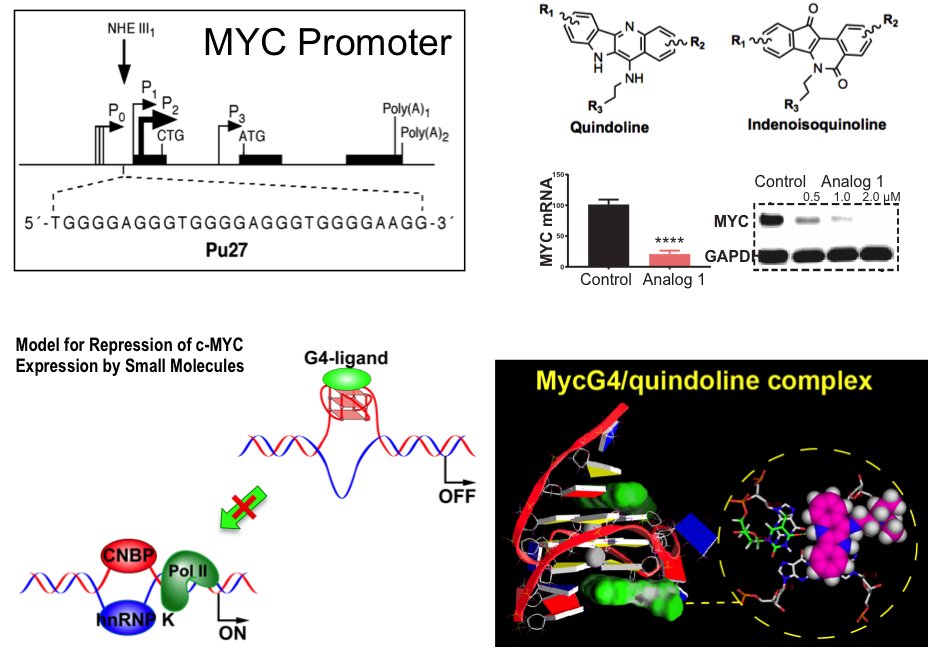 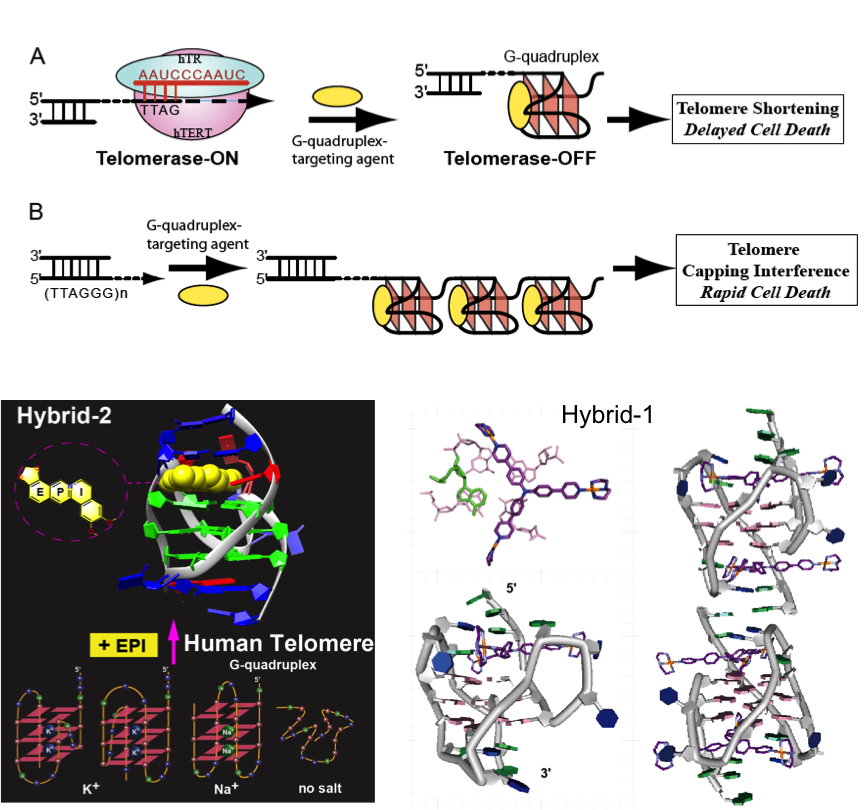 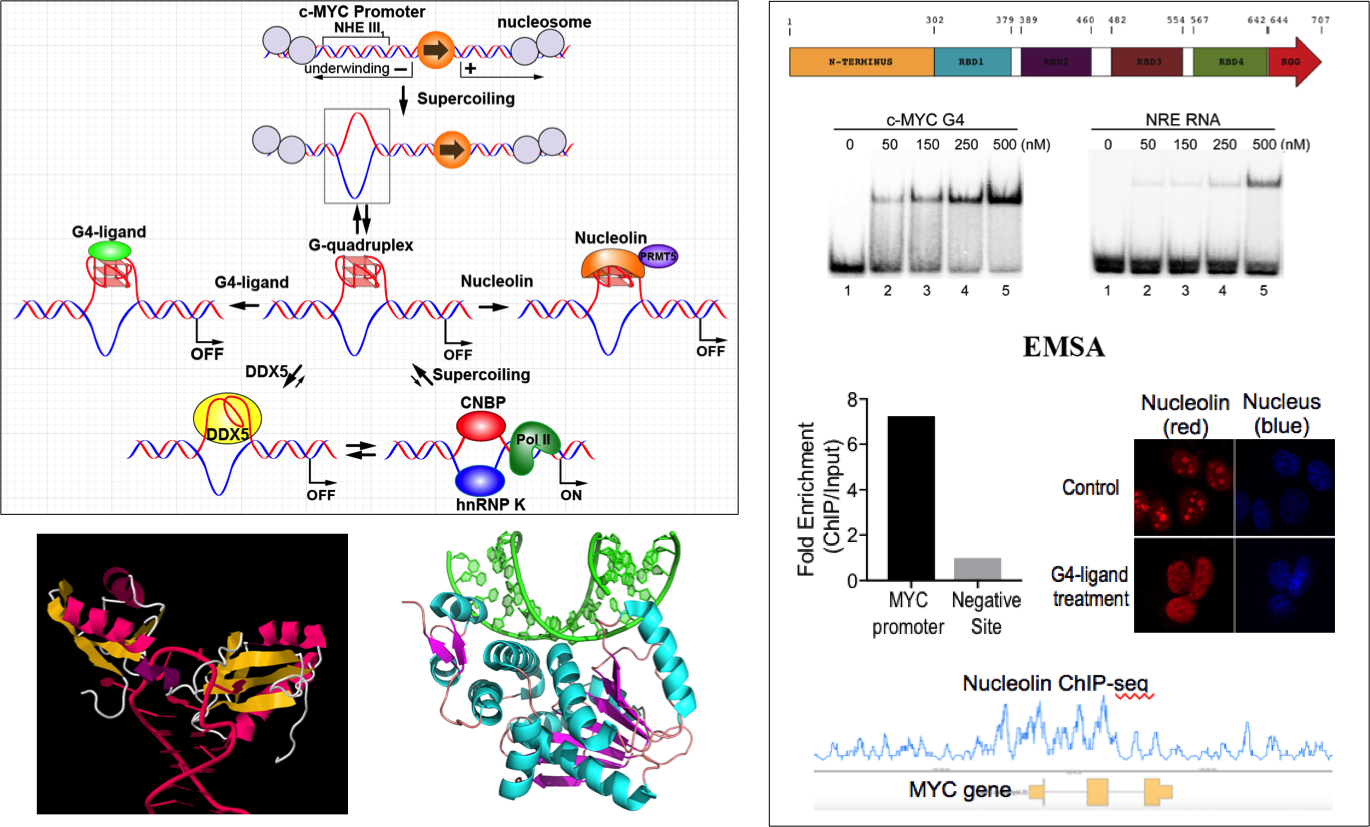